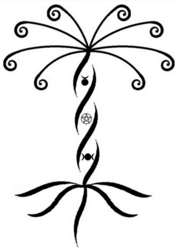 The Branch Covens share the same lore and ritual structure, and seek to allow members of different Branches to continue to actively grow, challenge, and learn from one another. Choosing to share resources, also allows them to further reach out in support of the local Pagan, Wiccan, and Witchcraft community. 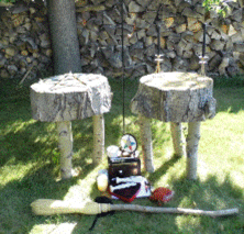 In the fall of 2006, our founder B’Aylana Morgan started a Wiccan study group in Grand Forks, ND. By the end of the year, the participants decided that they wanted something more—and so on Imbolc February 2, 2007, the study group founded the Order of the Aurora Coven (OOA).  This coven was led by B’Aylana until her family moved to Kansas. Phoenix led the OOA coven from February 2010 to July 2019.

Within the Order of the Aurora another leader, Sarashun, appeared and she began a study group in Rugby, ND. After her ordination in the spring of 2013, she and those in her study group decided to form their own coven,  which they founded on August 18, 2013, as the Heart of the Pentacle Fellowship (HOPF). This coven was established as a Branch (Sister) Coven to the Order of the Aurora. With the establishment of two covens practicing the same lore, a Tradition was born.

This picture was taken at the birth of both the Heart of the Pentacle Fellowship and the Spiral Tree Tradition August 18, 2013. The wood artisan in our spiritual family, Bowman, created these two beautiful altars from the same tree.